PDC Pharmacy is a part of Passavant Memorial Homes Family of Services (PMHFOS). For the PMHFOS Executive and Management Team, please visit the PMHFOS website. 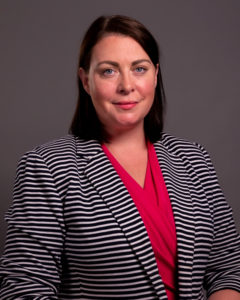 Christina Funkhouser is a graduate of Kent State University’s College of Business Administration and earned her Master of Business Administration degree from Point Park University. Christina joined PDC Pharmacy in 2011 as a member of PDC Pharmacy’s Operations Department. Christina was subsequently promoted to Director of Customer Service, where she oversaw all transition efforts with new and existing partners. In her current role as Vice President of Operations, Christina oversees operations for not only all PDC Pharmacy locations, but also of Accessible Dental Services, another specialized service offering of Passavant Memorial Homes Family of Services. Christina is dedicated to ensuring exceptional quality and a tailored service offering for all patients and provider agencies. Christina promotes compliance, education, quality assurance, and sustainable operations across all PDC Pharmacy and Accessible Dental Services locations. 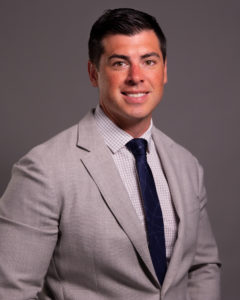 Patrick Hussey, PharmD, earned a Bachelor of Science degree in Biology and a Doctor of Pharmacy degree from Duquesne University.  Patrick is also currently pursuing his Master of Business Administration degree from Purdue University. Patrick is a licensed pharmacist with over 10 years of experience working in the long-term care industry. In his current role as Assistant Vice President of Operations, Patrick oversees operations for all PDC pharmacy locations. As a pharmacist, he understands the critical importance of the five rights of medication administration and helps to drive PDC Pharmacy’s strategy and operations to align with them. Right patient, right drug, right time, right dose, and right route are the core principles Patrick strives to deliver. With a focus on servant leadership, Patrick believes that when employees are celebrated, those same employees will be motivated to provide the highest level of care to the patients we serve. 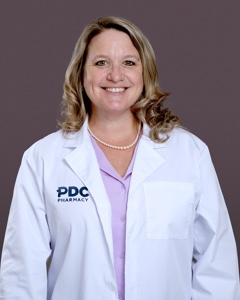 Marcia Carty, RPh, earned a Bachelor of Science in Pharmacy degree from Temple University School of Pharmacy, after beginning her undergraduate education at East Stroudsburg University. Marcia started her career as a pharmacist by working for over 20 years in an independent retail pharmacy, where she was the manager for 10 years. Marcia enjoyed working with the community as a consulting pharmacist during this time. Having been with PDC Pharmacy for over seven years, Marcia encourages a positive and quality-focused atmosphere as the Director of Pharmacy Operations. Marcia’s compassion and understanding of the unique needs of the individuals PDC Pharmacy is privileged to serve comes from her own experience of having a sibling with intellectual disabilities. 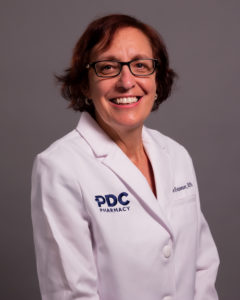 Annette Fleissner, RPh, earned a Bachelor of Science in Pharmacy degree from Duquesne University. After graduating, Annette began her career at Presbyterian University Hospital in Pittsburgh, PA. Annette spent over seven years in the hospital pharmacy setting before moving to the retail pharmacy setting for 15 years, where she worked as a staff pharmacist and ultimately pharmacy manager for Giant Eagle Pharmacy. Joining PDC Pharmacy in 2002, Annette is one of PDC Pharmacy’s most tenured and experienced pharmacists. Prior to her role as the Director of Pharmacy, Annette was a staff pharmacist and then the Assistant Director of Pharmacy.  Annette is a compassionate pharmacist whose dedication to PDC Pharmacy’s provider agencies and patients is at the heart of everything she does. Annette can often be found, especially through her leadership and facility consultative services, sharing her extensive knowledge of how pharmacy operations compliment the regulatory requirements of our provider agencies. 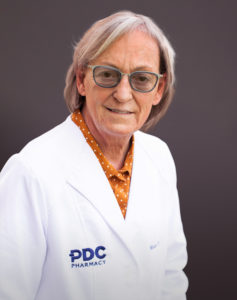 Cheryl “Monie” Olson, RPh, is a fourth generation Colorado native. Monie graduated with a degree in secondary education, but worked in a pharmacy while completing her undergraduate work.  After receiving her undergraduate degree, she decided to attend the University of Colorado School of Pharmacy to pursue her true passion.  Monie worked in retail pharmacy at the beginning of her career, then moved on to long-term care for over a decade. Monie became a geriatric specialist, and from there she became one of the architects of one of the largest hospice pharmacies in Colorado. Monie is passionate about hospice and geriatrics, and she has found that same passion in providing services for individuals with intellectual disabilities. Monie strives to make a difference when helping the community of those who provide services to individuals with intellectual disabilities. 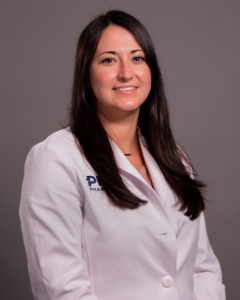 Miranda Dzurko, PharmD, graduated from Gannon University with a Bachelor of Science in Biology and from Lake Erie College of Osteopathic Medicine with a Doctor of Pharmacy degree. Miranda joined the PDC Pharmacy team in 2018 and has over seven years of experience in the pharmacy field. An Erie native, Miranda is focused on providing quality pharmacy services through innovative processes and has a passion for serving those in the most need. Miranda’s commitment and dedication align perfectly with the mission and vision of PDC Pharmacy and our partner agencies. 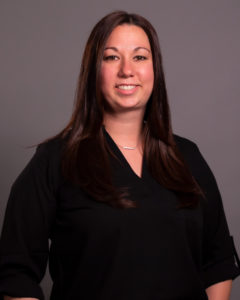 Erin Kreisel graduated from Robert Morris University with a Bachelor of Science degree, specializing in Accounting. Erin originally joined Passavant Memorial Homes Family of Services as a member of the Fiscal Department and then moved to the PDC Pharmacy team to manage inventory. In her current role as Operations Manager, Erin supports all of the pharmacy locations in their daily operations as well as projects relating to inventory, process improvement, efficiencies, and compliance in support of PDC Pharmacy’s mission. 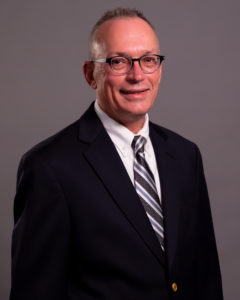 Director of Patient and Provider Relations

Bill Waldron graduated from The University of Pittsburgh with a Bachelor of Science degree. Bill’s career has been focused on supporting individuals with intellectual disabilities, autism, and behavioral health needs. Bill originally joined Passavant Memorial Homes Family of Services in 1997, and, after 15 years with Passavant Memorial Homes, transitioned to PDC Pharmacy. Since joining PDC Pharmacy, Bill has used his knowledge and experience to assist providers and patients in receiving the highest quality of pharmacy services. Bill’s experience in the field provides for more effective transitions for new partners joining PDC Pharmacy. In addition to working directly with the providers, Bill provides support in all aspects of pharmacy operations to ensure that PDC Pharmacy maintains our commitment as a leader of pharmaceutical services for the partner providers and patients we are privileged to serve.